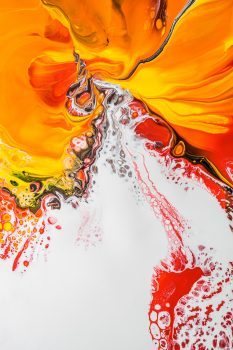 This is a blog about how, through our daily actions, everyone has the potential to be a storyteller.

In the world of peacebuilding and community development, we talk about a concept called “finding the bright spots.” A bright spot is an action, an event, or a phenomenon that can help a community find a solution to a problem.

Occasionally, a bright spot can be a person. One example is my friend and Rotarian colleague Laura Clark, who I met when I was giving a talk at a Rotary conference a few years ago in Virginia. At the time, she had just returned as an ambassadorial scholar from India, so we had a lot to talk about. We stayed in touch afterward, mostly on Facebook.

A few months ago, Laura reached out to me about a problem she was grappling with. Her community, a small town called Stuart, Virginia, was named after a Confederate general, J.E.B. Stuart. Until recently, a statue memorializing him was featured prominently in Stuart. (The statue is currently in storage for safekeeping.) As a white Appalachian, and as a Rotarian, Laura felt a responsibility to lead her community in a conversation about what diversity means in their small town.

Monuments of Confederate soldiers are controversial, and became even more so after the death of George Floyd last summer. Laura wrote to me because she felt a strong need to support her community, but felt conflicted about the best way to go about it. She didn’t want anyone to feel isolated or excluded. It was important to go about the conversation in the spirit of unity, rather than division. She needed to find a way to encourage everyone to participate.

When Laura reached out to me to discuss the best way forward, we talked about the importance of staging the conversation in such a way that no one feels that they’re on the spot, as though they’re having a finger pointed at them. It’s a sensitive process. Everyone needs to feel invited into the conversation, and feel comfortable enough to share their story. Laura wanted to include educators and members of the wider community in a discussion about what diversity means for everybody, not just one interest group.

Recent events have helped illuminate that there is more than one story to symbols like flags and statues—particularly in the South, a region that has a complex history. A monument, by definition, promotes and celebrates a certain cultural narrative about the past and its heroes. It’s a simple story about a war with a very complex and difficult legacy. And, increasingly, it’s not a story that resonates with everyone. At a time when the nation is so politically inflamed, simple stories don’t suit the needs of our communities.

It can be difficult to discuss emotionally charged issues, particularly in this politically divisive time. When we care about a subject, when it feels particularly close to our hearts, it can be difficult to articulate our thoughts. It’s important to remember that a good, productive conversation isn’t necessarily about choosing the right words. And in any case, actions often speak louder than whatever words you’re searching for.

The theory of bright spots tells us that peacebuilding isn’t necessarily a strategy or a policy that we impose upon a community. It’s about identifying the good that is already there. I often think that storytelling as an art form follows a similar set of “rules.” I’m reminded of a conversation I had with the storyteller Kevin Kling, who says that storytelling is like the two wings of a bird, where one wing is the teller and the other is the audience. One wing is useless without the other.

If we open our eyes to the stories around us, we can listen and attend to multiple narratives in the places where we live and work and play. It’s our job, together, to unpack different experiences of Appalachia, misconceptions about Appalachia, and feelings about Appalachia. This has been one of the goals of my organization’s Freedom Stories project, where we talk about Black Appalachian experiences. In the telling of history, certain perspectives tend to get privileged. But to truly understand a place, it’s necessary to view it through many different sets of eyes.

In folklore studies, we talk about the idea of “digging where you stand” to understand the places where we live better. When we hear all the stories—the good, the bad, and the ugly—we can better grasp the character of a place and its people, including their accomplishments, their dreams, and their mistakes. But often these are stories that lie beneath the surface, making a place what it is even if the stories are never unearthed.

In Stuart, Virginia, Laura has built a community project (funded by a Rotary grant) with a series of workshops and conversations about the monument in which everyone in the community is welcome. Given the constraints of the pandemic, all of this has taken place on Zoom so far. For April, we’re planning a socially distanced public talk based on the notion that building trust and staging difficult conversations might benefit from a Town Hall-style program. Everyone who participates potentially has a story to tell, and together these stories form a bigger picture. Together, the community will dig where they stand, and ultimately this will help everyone feel like they are where they belong.

I’m always reminding people that being a storyteller doesn’t necessarily mean performing on a stage. And it’s certainly not something you have to study or get a degree in to understand. Some of the best storytelling comes from people who simply feel moved to promote positive change. We all have tales to offer, and it’s our job to harness their power as a community resource. We all have a gift of understanding that we can offer the world, and no one piece of that understanding can function on its own.

I often think of Kathryn Tucker Windham, the late storyteller from Selma, Alabama. She not only performed stories on our stages here in Jonesborough, but also organized street-corner gatherings of strangers to come together and play music. She knew that making people laugh was a powerful way to build trust and community, and opportunities for informal cultural exchange.

As the pandemic continues to affect the texture of our daily lives, many of us are feeling deflated or disillusioned. But I promise that once you start looking for “bright spots,” you’ll start seeing them everywhere. Bright spots are all around you, when you’re paying attention. You might even find that the bright spot is you.