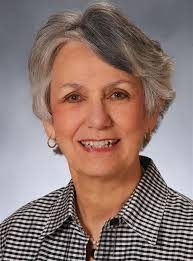 In October, ISC donor Carol Transou was inducted into the Tennessee Women’s Hall of Fame alongside an astronaut, a justice of the state Supreme Court, and a civil rights activist. A tireless community organizer, volunteer, and fundraiser, Transou has advocated for a variety of agencies and causes across the region since her early retirement in 1992.

Before all that, though, she taught advanced placement history at Science Hill. For the 25 years she served there, Transou stayed busy (though she’s probably even busier now). It was there that she met Jimmy Neil Smith, a fellow educator (and founder of ISC). Through him, she learned about the International Storytelling Center and the American storytelling revival.

After her retirement, Transou began volunteering at the ISC gift shop. (Back then, it was on the lower level of the Chester Inn.) She’s since transitioned into being a donor and a strong supporter of the ISC mission. Today, Transou shared a slice of her experience working with us over the years, and explains why it’s so important to her to give back to the community. Thanks, Carol!

“I retired early and one of the reasons that I did was that I wanted to be involved with local affairs. I wanted to do some things in the community that you cannot do when you are fully employed. I am busy all the time. Really busy all the time. But that’s good! I’m happy to do that because I believe that, as Winston Churchill said, ‘We make a living by what we get, but we make a life by what we give.’ I really believe that.

I always felt positive about what ISC meant for Jonesborough and for the area. It’s just good clean entertainment—something that you can take anybody to. There was a creative spark in Jimmy Neil Smith, and he did a lot. Look at Jonesborough. I see it as a little town that would have ended up like all these little towns that have ended up with nothing. It was dying, and ISC was a spark. You just go on a train or something or drive on the back road from here to Knoxville and see all the little towns that have become nothing. And Jonesborough is not a nothing town now.

The center itself is a handsome building—so pretty. One time I was down there at night and the snow began to fall. It was just like a picture. In general, those two or three blocks on Main Street are enchanting.

You just get the idea that there are plenty of things that seem to be outgrowths of that. Would all of that have happened had there not been storytelling? I don’t know. It takes a spark to get something started. Don’t you think?

Stories are what ring bells with people. You can give statistics, but then after you do that, you need to flesh it out. Storytelling is a way of doing that. And if you’re good at it, if you’re good at using those stories, they’re remembered. They’re talked about. They’re part of the fabric of your life. That’s what I’m interested in. Giving back is just part of my fabric, and my husband’s, too. We’re thankful for giving back, and opening ourselves to new experiences.”