The reviews are in and we’re happy to report that by all accounts our audience at the National Storytelling Festival had just as much fun as we did.

For the first time in Festival history, we used a hashtag (#storyfest) to help track what the world had to say about storytelling in Jonesborough. We were able to read people’s mini-reviews on Twitter, Facebook, Instagram—you name it. Our analysis and our handy dandy metrics tools have shown that we were able to reach more than half a million people worldwide—a number that reflects our growing audience. We read the story of a woman who’s been coming with her family for 30 years. We heard a report from a speech teacher who watched the livestream with her students. And we had people tell us over and over again that the rain didn’t dampen their spirits, which had been lifted by story.

Of course, since we are who we are, our favorite reviews came in the form of stories—the Six-Word Memoirs we collected during the weekend of the Festival, to be exact. Last year, guest of the Festival Larry Smith taught us how to create pithy micro memoirs in no time flat. We carried on that tradition this year by inviting everyone to come to the Center to use good old-fashioned pen and paper to create their own miniature masterpiece. We borrowed the theme—“Thanks A Lot”—from our Story Slam, asking folks to write just six words that let us know what they were most thankful for at this year’s Festival.

By Sunday, we had collected Six-Word Memoirs in a variety of languages from people of all ages who came to Jonesborough from all around the world. And though a few people’s memoirs were technically seven words (we forgive you), we think everyone did a great job. Here are a few of our favorites. 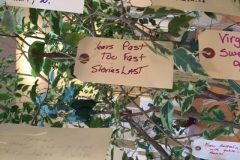 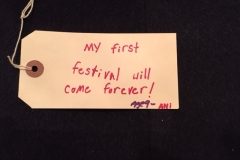 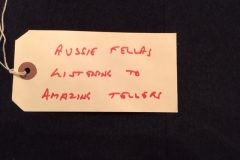 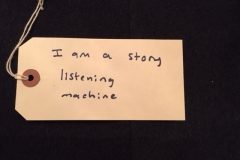 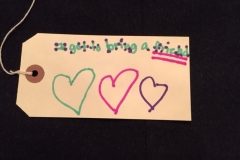 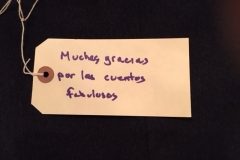 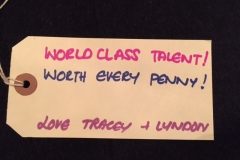