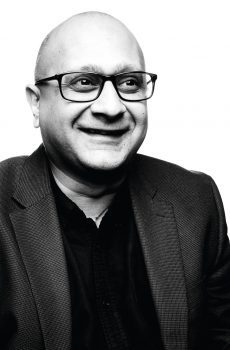 Traveling will take you almost anywhere, whether it’s by car, or plane, or bus. But I’ve always had the notion that you haven’t truly arrived until your soul walks the distance, and that process can take more time.

A former U.S. Army officer who had been based in Afghanistan once told me that you have to spend at least 10 years in a new place before you can really understand it. You can learn a lot in less time, of course, and you can make all sorts of observations during even a short visit. But to truly sense the poetry of everyday life in a place, to really feel like part of it, 10 years is a good rule of thumb.

I’ve been thinking about this lately because it’s been almost exactly 10 years since I first got my visa approved at the U.S. embassy in London for what was initially a two-year course of study at University of North Carolina, Chapel Hill and Duke. (Now, of course, I’m a permanent resident.) There’s no question that I’ve had a great time, and have enjoyed incredible experiences with wonderful people. But lately I’ve been thinking about the question: what have I come to learn about the U.S. in this time that I’ve been here? And do I feel like I’ve truly come to understand it?

As a graduate student, I arrived in the U.S. on August 8, my late mother’s birthday. My dad, brother, and nephew and niece had seen me off at Heathrow airport. Fifteen years earlier, Heathrow was the last place I saw my mother alive, as she waved me off for a long trip to the states. My family had won a green card lottery, and I was exploring the idea of an overseas move. But just a few weeks later, after her sudden death, I returned to look after my family and gave up on the idea of building a life abroad. I was 19 years old.

It took some time, but eventually, I made my way back. And so in 2011, I found myself sitting outside with a cup of tea, looking up at the big North Carolina pine trees in wonder and awe. As a graduate student studying peace and folklore, the pace of study was faster than I was used to. At first I felt like a fish out of water. Like I didn’t belong. But I picked up a very American skill: I learned to adapt. I vividly remember sitting in a class where we had been asked to read a book relating to a place. I had lived and worked there, so I could contribute from direct experience, which brought another dimension to the discussion.

Folklore studies encourages real-life interactions, not just discussions and theories. Often we were asked to write ethnographies, or anthropological descriptions, of our experiences observing different kinds of people, traditions, and cultural expressions. I remember one professor saying to me that American folklorists so often study the “other” by traveling to other countries or studying minority cultures and ethnic groups. She pointed out that as a person of color with a British accent, I had an unusual perspective—and an opportunity to observe (and perhaps help) a country that was grappling with its own history. She described my role as helping a nation to speak to itself, promoting dialogue in the places where that needed to happen. This mandate naturally led me to the International Storytelling Center, where we celebrate different cultures, encourage dialogues on topics that need to be discussed, explore historical disparities, work with youth, and support community workers in their roles.

My role has required a lot of travel, delivering keynotes and working with communities all across the country. The U.S. is much bigger than my home country, Britain, where a road trip is generally two or three hours. In about five hours, you can cross the entire country! Now that I live in Tennessee, a drive that long wouldn’t even take me halfway across the state. It’s a huge place, which is part of what makes it so diverse and interesting. I’ve had the opportunity to visit many states across this nation to give talks and workshops and lead roundtable discussions. I’ve been to the nation’s capital; to New York City and San Diego; to West Virginia, South Carolina; the Midwest, and Arizona, and more. I’ve spoken in all kinds of settings, including the U.S. Senate, the State Department, and the United Nations—even the White House. On some level, I approach all of these places with my folklorist’s brain, treating them as opportunities to observe and learn as much as to impart my own knowledge and expertise.

I was invited to Charleston, South Carolina, following the massacre at Mother Emanuel Church that took nine lives. I did a workshop at an inner-city high school to help the kids make sense of their own stories, and how they relate to what’s going on in the world. It was impossible to ignore how close we were to the port that was the point of entry for nearly half of the enslaved Africans who were brought to the United States. There was a palpable legacy between the history of that port and the shooting. Still, all around these difficult and unspeakable things from the past and the present, a vibrant culture was thriving in Charleston. In the neighborhoods, I felt a sense of welcome, connection, and belonging. It felt like the heartbeat of America.

Over these past 10 years, I’ve had the chance to set foot in the Atlantic and Pacific oceans, and the Mississippi River. I walked for three days and nights on the Appalachian Trail. I learned to make authentic Southern buttermilk biscuits that would make your grandma proud. I sat in a café lit by candlelight after Hurricane Sandy, and then the next day walked to Manhattan to share a poem at the United Nations on the International Day of Peace, hosted by Jane Goodall and Yo-Yo Ma. I’ve worked with the team of Her Majesty the Queen of America, Dolly Parton, and gone to see ISC’s archives in a vault at the Library of Congress.

What I have observed is this: as a diverse nation, the United States is very much a story in progress. It’s a vibrant, multifaceted tale, but it also has deep flaws that are holding us back from being all that we can be. I’ve had the opportunity to witness this dynamic firsthand many times. I happened to be in Baton Rouge when Alton Sterling was killed. And I’ve been here for the reckoning after the murder of George Floyd, watching peaceful candlelight vigils in the face of the violent rise of white supremacy. It’s very clear that across the country, we’re still grappling with the legacies of slavery and the Civil War. These events weren’t really so long ago, and we all need safe spaces for reflection and dialogue as we contemplate them.

Even as we try to come to terms with the past, the present inflicts new challenges. During the pandemic, I’ve led trainings to help nurse practitioners and other frontline workers navigate the tough emotional terrain of the American health care system. I’ve worked with people and communities to show how stories and storytelling can help us feel connected in this lonely era of social distancing.

I’ve always felt that some of the best storytelling happens off the stage, coming from people who simply feel moved to promote positive change. We all have stories to offer, and it’s incumbent upon us to harness their power as a community resource. The act of sharing our stories plays a critical role in challenging dangerous extremist ideologies. More subtly, it challenges our own perspective on society, and of history. We have to crowdsource our understanding of who we are and how we got here. A single perspective doesn’t function on its own; it requires context and community. Collectively, we can meet any challenge head on.

This is the context for the work we do at ISC with our many partners in the arts, and with peacebuilders and world changers and policy makers. So much of our work as storytellers and story keepers is about advancing the vision of a more peaceful and just world, and pushing through complexity to a form of enlightened simplicity. On this front, there’s obviously still much work we need to do.

I often think of the famous quote from the cultural anthropologist Margaret Mead, who said, “Never doubt that a small group of thoughtful, committed citizens can change the world. Indeed, it’s the only thing that ever has.” I think that sentiment applies here in Jonesborough, our tiny Appalachian town, where we’re very proud to nurture an art form that belongs to everyone. I truly believe that storytelling has and will change the world. Our culture and our understanding of culture is always growing and expanding. There’s always room for more stories, more perspectives. There’s so much to gain, and nothing to lose.

As a folklorist, I no longer feel like an outsider who’s here to help Americans understand themselves. I’m not observing from a distance anymore, because I recognize that I’m integral to this nation as well in my roles as an immigrant and a new Appalachian. After 10 years of living and working in the United States, I guess my soul has had time to walk the distance. Finally, it feels like home.