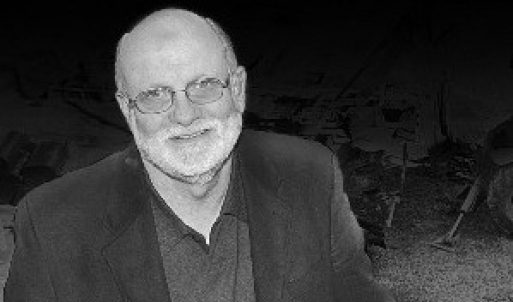 After almost 40 years of service, Jimmy Neil Smith, founder and President Emeritus of the International Storytelling Center, is retiring from full-time employment with the Jonesborough-based nonprofit organization on December 31.

“Although I am retiring from my employment at ISC,” explained the 65-year-old Smith, “I am not retiring from work. I remain committed to my role in the advancement of storytelling—both in Jonesborough and across the world.”

Following his departure from ISC, Smith plans to help organizations, institutions, and communities effectively use storytelling to achieve their goals.

His first project is to assist the National Museum of Comoros in launching a community storytelling program for the African nation of Comoros just north of Madagascar and east of the African continent. The project is being funded by the United States Department of State.

“Jimmy Neil began the National Storytelling Festival after hearing the late humorist Jerry Clower tell a story on the radio,” said Jim Reel, chairman of ISC’s Board of Governors.  “The first festival was performed on the back of an old farm wagon in Courthouse Square with six tellers and 60 listeners. The event has grown in the past 40 years to include dozens of storytellers and thousands of visitors and is known and respected throughout the world.”

That first Festival ignited a worldwide renaissance of appreciation for storytelling. To help lead this revival, Smith soon founded the organization that has become the International Storytelling Center.

Smith, considered a prime mover in this growing storytelling revival, served as President and CEO of ISC and its predecessor organizations from 1985 to 2011 when he assumed the role of President Emeritus.

Smith resigned from his role as president and CEO of ISC in 2011 to “help ensure the long-term vitality of the organization and to begin the process of succession to bring new leadership to ISC.”

Most of Smith’s work during the past two years has been dedicated to assisting the ISC staff and board in restructuring the organization for the future.

ISC’s board will conduct a search for a new president and CEO in 2013.  In the meantime, Susan O’Connor, director of programs, and Sandy Reaves, director of finance, are serving as interim co-directors of the organization.

“I believe that ISC has been positioned to begin a new era of service and impact,” said Smith. “I look forward to the possibilities of the future—for storytelling, ISC, and all of us who are committed to advancing the storytelling tradition into the 21st century.”

“Jimmy Neil has helped spearhead a movement that has had far-reaching and profound impact on many people’s lives,” added Reel, “and it will continue to evolve in innovative and unexpected ways long into the future.”

Smith, a Jonesborough native, has been active in Jonesborough community service for over four decades. He served as the town’s mayor from 1978 to 1984.