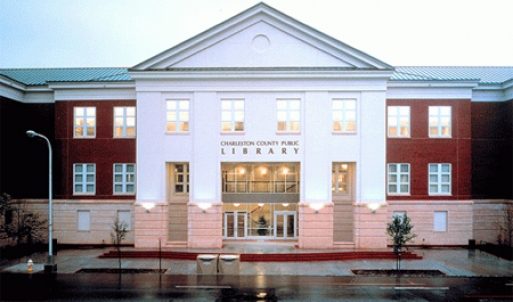 Kiran Singh Sirah, the president of the International Storytelling Center (ISC), will soon travel to the City of Charleston to speak about the role of storytelling in community building and healing from conflict.

His lecture, “Telling Stories that Matter,” will be in the auditorium of the Main Library on Friday, February 5, at 6:00 p.m. The talk is free and open to the public.

Sirah’s appearance is the latest in a series of programs designed by the Charleston County Public Library (CCPL) to engage the public following tragic events in Charleston, including the shooting at the Emmanuel AME Church in June 2015. The series honors long-time CCPL staff member Cynthia Graham Hurd and the other eight victims who died in the church massacre, as well as the many lives that have been touched by other instances of violence over the last year.

“Storytelling is one of the most important tools we have in building peace and understanding within our communities here in the United States and around the world,” says Sirah. “All too often, this vital tool is overlooked. I’m honored to share strategies for using stories to heal and promote change in the city of Charleston, which is already home to such a vibrant storytelling community.”

During his time in Charleston, Sirah will also lead a storytelling workshop with students at a local high school, Burke High, working with students on how to best share and collect stories of the city, their homes, their families, and themselves.

In addition to the talk and the workshop, Sirah will carry a proclamation from the town of Jonesborough, home to ISC’s headquarters and widely known as the storytelling capital of the world, to the City of Charleston. “It’s a gesture of friendship, but also an opportunity to explore connections and share resources using the world’s oldest and most accessible art form,” says Sirah.

The International Storytelling Center is an educational and cultural institution dedicated to enriching the lives of people around the world through storytelling. It produces the widely acclaimed National Storytelling Festival, an annual gathering of world-class storytellers in Jonesborough, Tennessee.

In addition to his role as president of ISC, Sirah is an artist, folklorist, Rotary Peace Fellow, and an advisory member to UNESCO. He has developed a number of award-winning peace-building programs in cultural centers across the United Kingdom. His frequent public speaking engagements include a keynote address at the United Nations in 2012.

For additional information please read the article by the Charleston Chronicle.