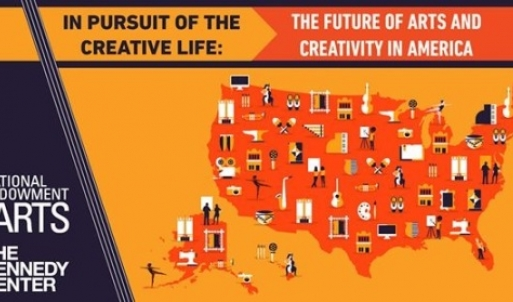 International Storytelling Center president Kiran Singh Sirah will take part in a convening of critical arts thinkers titled In Pursuit of the Creative Life: The Future of Arts and Creativity in America. Held at the Kennedy Center for the Performing Arts in Washington D.C. on November 18th, the convening is the crowning event of the National Endowment for the Arts’ 50th anniversary. The NEA is the leading arts agency in the country and a major supporter of the International Storytelling Center’s Storytelling Live! program.

Sirah – alongside other artists, art leaders, and creative thinkers from across the country – will discuss how creativity manifests itself in different fields and how we can make more tools, resources, and opportunities accessible to those who want to pursue a creative life. Invited by NEA chairman Jane Chu, Sirah will lend his experience as ISC President, artist, folklorist, and teacher, emphasizing the role that storytelling plays in the power of human creativity and the arts. The International Storytelling Center is honored to be a part of this national conversation about creativity and the direction of arts in America.

Three panel discussions will be livestreamed. For a full panel schedule and to join the webcast, please visit https://www.arts.gov/50th/creative-life.