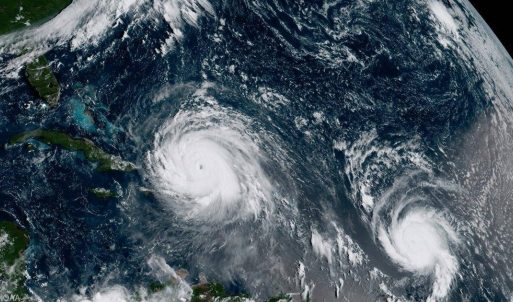 Storytelling is, at its heart, a form of communication—one that has been helping people talk to one another for thousands of years. With the recent events surrounding Hurricane Irma, I had the opportunity to remember this once again. The video footage showing long lines of cars fleeing Florida in preparation of the hurricane was a painful sight, especially so soon after the devastation of Harvey in Texas (and nearly a year after the wildfires in Gatlinburg). As the son of refugees, I understand something about the pain of having to pick up and abandon your life on a moment’s notice.

In times like these, it’s important to not let hopelessness freeze your heart; more often than not, you’ll find that there’s something you have to contribute, whether it’s a donation, lending a hand, or simply lending someone an ear when they need to talk.

A friend, Ren Allen, and I were sharing a coffee when we had the idea to set up an Irma Evacuation Facebook group as a way for people to post rooms and other spaces they could share with evacuees. It was also a way that people could connect about providing services and supplies. Within 12 hours we had more

than 300 members, and eventually more than 1,000 people would join. We had conceived of the Facebook group as a way for Northeast Tennessee to band together as hosts and helpers, but the effort quickly expanded to include parts of North Carolina, Southwest Virginia, Georgia, and Alabama. As people heard about the group and shared it with people they knew, more than 150 rooms were offered up at no charge to evacuees. As the word about what we were doing spread, city leaders began to contact me to see how they could help. Many of them opened up their own homes.

I hosted some folks myself (friends I had met a couple of years ago, when I was giving a talk in south Florida), but of course for a lot of reasons that’s not a possibility for everyone. Fortunately, there were many other ways to contribute. Some people did laundry. Others made meals. Sometimes it was a matter of vetting requests and facilitating info for people who were literally on the road. We helped one woman and her six rescue dogs find a place to stay in Alabama, for instance. It only took about 20 minutes to sort out—and she messaged us once she had arrived to let us know she was safe. We helped people find places for their pets, including a large pasture where some of the horses of Florida could rest and recover after their stressful journey north.

It was a beautiful effort in a difficult moment—and it’s reassuring to know that, even at a time when this country is so divided politically, we can come together with the common goal of supporting our neighbors in need.

We had a Florida-based musician stranded here in Jonesborough. He used the Facebook group to get in touch with other local musicians and secure a gig right on Main Street. (The group recommended everything from the venue to a vet for his dog). The community fell in love with him and vice versa, and I was pleased to meet a fellow Brit—he’s originally from the UK!—so far from home. He and my house guests came to ISC as my guests to attend a Storytelling Live!performance. It really is a small world. We posted a sign in the lobby so that all evacuees knew they could attend a storytelling concert for free.

Soon after the commotion died down, we set up an event for volunteers and evacuees to meet and share stories as a way to get to know one another. Many only knew each other previously through the Facebook group. It helped strengthen the network in case we need to come together again as a resource in the future. But it also helped the evacuees keep their sense of home alive—something I remember being

important to my own family when they were displaced, and to me, as a child born in England, so I could learn about where my family came from.

When I studied folklore as a graduate student, one of the things I focused on was different ideas of “home.” I learned a lot about the specific challenges of displacement by working with people experiencing homelessness and collecting their stories. One thing I learned was that, unlike photos, heirlooms, and other sentimental objects, stories can travel with us wherever we go. Stories offer a sense of home that can be recreated anywhere, at any time.

I also learned more unexpected lessons about how our sense of home intersects with survival—and how for people who lose their sense of place, it becomes even more important to perform a sense of home by talking about the people and the events that made it so special. Because of the success of our Hurricane Irma evacuee efforts, my wheels have been turning about possibilities for bigger projects that leverage digital storytelling as a means of organizing disaster relief and helping people make new connections with one another in the wake of similar tragedies. In a few weeks, I’ll be presenting on the role that storytelling plays in global peacebuilding at the United Nations, in Geneva. I know there will be representatives from a variety of humanitarian organizations like Red Cross, Red Crescent, as well as protection agencies like the Centers for Disease Control present. Storytelling and social media offer simple, effective, and sometimes surprising opportunities to come together as individuals and communities in times of distress.