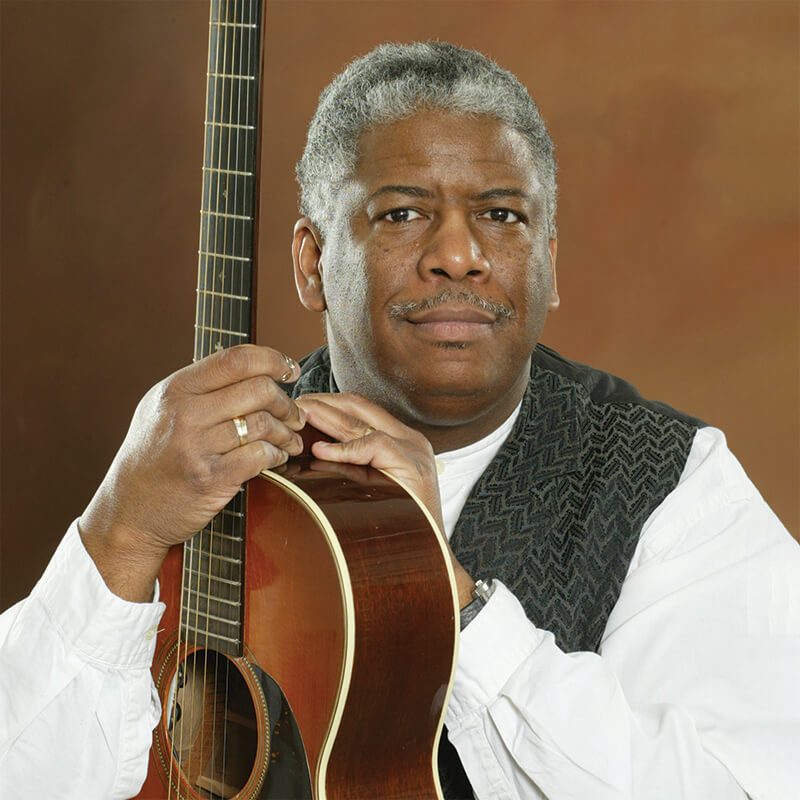 Robert B. Jones, Sr. is an inspirational storyteller, singer, instrumentalist, and visual artist celebrating the history of American Roots music. His initial love was country blues guitar, but over the years, his repertoire has expanded to include many styles of traditional African American folk, including spirituals and gospel, which he has performed throughout the U.S., Canada, and Europe. In 2018, Robert received a prestigious Kresge Arts Fellowship for his work in music composition and performance. He is also the co-founder of a non-profit organization called “Common Chords”, a program that seeks to build bridges between communities using music, storytelling, and art.