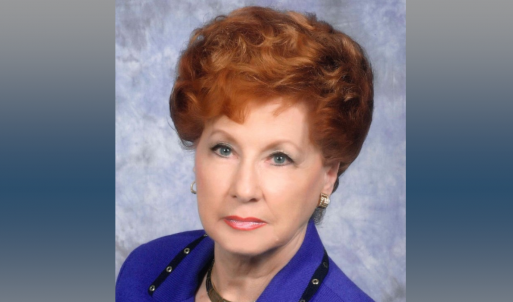 With heavy hearts, the International Storytelling Center has said goodbye to its longtime friend and patron, Sonia King, who died on Monday, August 20.

Many people will know Sonia for her generous donations to ISC, which came at critical junctures in the organization’s history. But in truth her relationship to ISC was so rich and varied that it can’t be contained to a single role.

Sonia was the latest in a long line of fierce advocates for the arts in East Tennessee. ISC’s own Mary B. Martin Storytelling Hall was named for Sonia’s late mother in 2009. (Sonia’s father, Jim Martin, funded the extensive renovation.) Sonia and her mother were both particular fans of a story well told. When ISC dedicated its King Library to Sonia and her husband Jim King in 2015, Sonia was deeply honored. “It was a big surprise,” she said at the time. “I sat there and cried when they told me.”

Sonia’s involvement with ISC began back in the early 2000s, when she joined as a volunteer to help with the Center’s nighttime events. Later, drawing on her background as an accountant at Deloitte, she also served as Secretary and Treasurer of ISC’s board. Sonia loved being part of the action in the storytelling capital of the world, but the connection was also personal, because Jonesborough was home to many of her own personal memories and stories. It was where she went to grade school, where her family owned a farm, and where, as an adult, she spent many hours soaking up stories at the National Storytelling Festival. She was a special fan of tellers Bil Lepp, Donald Davis, and Andy Offutt Irwin.

“Jonesborough is my place, as far as I’m concerned,” she once said. “I just think it’s so meaningful that there is a place that people can come and laugh and get together and put aside their hardships and what’s going on in their lives. Everyone has a story, whether it’s good or bad.”

Sonia’s story was one of the good ones, and it was ISC’s honor to have a role in it. Her legacy will persist not just through us, but through the many organizations around the region that have thrived under her watchful care.