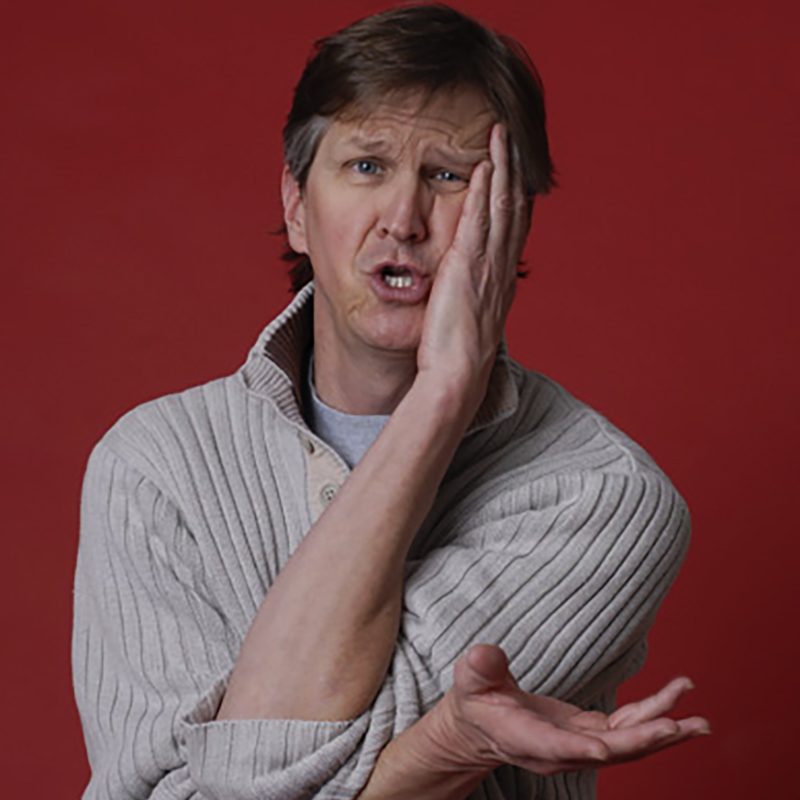 With a manic, Silly Putty voice, hilarious, heart-filled stories, and amazing mouth noises, (arguably the greatest in the world), Andy Offutt Irwin has been described as “The Marx Brothers meet Eudora Welty.” Irwin is a keynote speaker, theatre director, songwriter, comedian, newspaper columnist, and Shakespearian actor. His appearances have taken him across the U.S., including the Library of Congress and Walt Disney World’s EPCOT Center. He is a recipient of the NSN ORACLE Circle of Excellence award.

Irwin is charismatic and engaging, his voice full of expression, which he enhances with an array of impressions and self-generated sound effects. Listeners will find themselves instantly drawn in, grinning and laughing along. – AudioFile