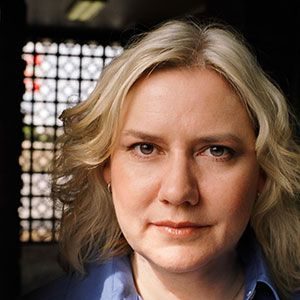 As the daughter of a Mississippi Baptist preacher, Kate Campbell’s formative years were spent in the very core of the civil rights movement of the ‘60s, and the indelible experiences of those years have shaped her heart, character, and convictions.  Campbell’s endearing clear-water vocal delivery and easy command of a full range of American music styles have earned her critical acclaim, and her eloquent gift for storytelling has drawn repeated comparison to such bastions of the Southern writing tradition as Flannery O’Connor, Eudora Welty and William Faulkner.  Her appearances span the U.S. and abroad, including the Cambridge Folk Festival, and she’s been featured on NPR’s Morning Edition and All Things Considered.  “With a literate eye for detail and metaphor, Campbell weaves her country-folk tales like a masterly storyteller.”  – Memphis Commercial Appeal