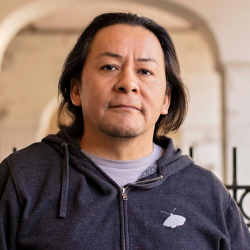 Nestor “the boss” Gomez was born in Guatemala and came undocumented to the U.S. in the mid-1980s. Gomez told his first story at a Moth slam as a way to get over the stuttering that plagued his childhood. He won the slam that night and has now won over 30 Moth Slams and three Moth Grand Slams. His stories have been featured on several national radio shows. Gomez hosts and produces his own show, 80 Minutes Around the World Immigration Stories, which highlights the stories of immigrants and allies.