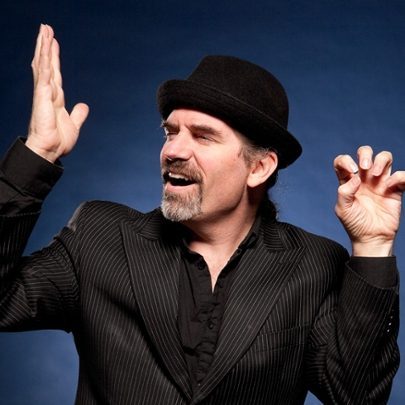 Peter Cook is an internationally renowned deaf performing artist whose work incorporates American Sign Language, pantomime, storytelling, acting, and movement. Cook has presented his work both nationally and internationally, including at the Kennedy Center, the National Book Festival and in Sweden, Norway, Denmark, and Japan. He has also appeared on PBS and traveled extensively as part of the Flying Words Project to promote ASL literature.

Cook teaches at Columbia College where he received an Excellence in Teaching award. He calls Chicago home, where his favorite audience is still his son.

“Cook incorporates…the most elastic facial maneuvers this side of Robin Williams.” – LA Weekly