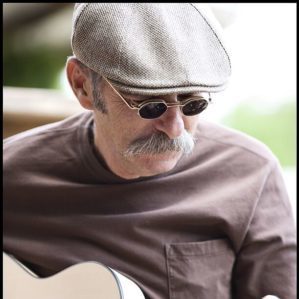 Roy Book Binder has been rambling around the world for the past 45 years as a blues guitarist, singer-songwriter, and storyteller. He gave up his Greenwich Village “pad” in the early 1970’s and has spent his days since then crisscrossing the US and appearing at festivals throughout Canada & Europe. A veteran performer and guitar instructor, Roy has released 15 albums and shared the stage with notable blues musicians who include Bonnie Raitt, B.B. King, John Jackson, Sonny Terry, Doc Watson, Ray Charles, and Brownie McGhee.  “Here is a master storyteller who can really crank out the blues.” – Blues and Rhythm Magazine