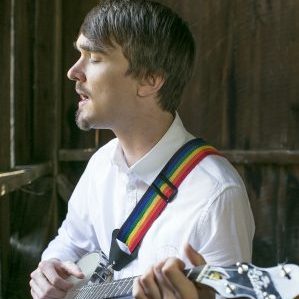 Sam Gleaves was born and raised in Virginia, where he was surrounded with old time music and storytelling. Rooted in Appalachian sounds, his songwriting sings of contemporary rural life and social issues. A passionate teaching artist, Gleaves has shared Appalachian traditions at numerous music camps, colleges, universities, and public schools. His debut record of original songs, Ain’t We Brothers, has been featured by The Guardian and National Public Radio.

Gleaves tours extensively in the U.S. and has performed in Ireland, England, Canada, Japan, and Italy. He currently serves as the Traditional Arts Director at the Hindman Settlement School in Kentucky.