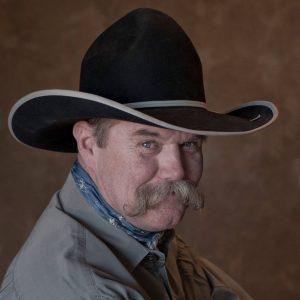 From his earliest days on the remote Nevada ranches where his father worked, Waddie Mitchell was immersed in the art of spinnin’ tales in rhyme and meter that came to be called cowboy poetry. In 1984, he helped organize the internationally-recognized Elko Cowboy Poetry Gathering, where he gave his first public performance. Since then he has performed internationally, appeared on Larry King Live and the History Channel, and been featured in the New York Times and National Geographic.

His stories reflect the common bonds all share – moments both grand and commonplace – all delivered with Mitchell’s personal insights and lessons learned during his life spent as a buckaroo. He is the recipient of two Wrangler awards and the NSN ORACLE Circle of Excellence award.