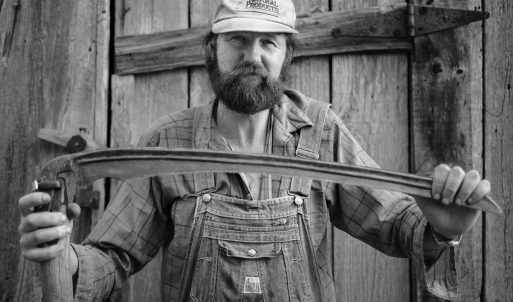 Honoring the life of storyteller Ted Hicks with a message from Connie Regan-Blake:

My heart is heavy. Ted Hicks, storyteller passed away this morning at 5 AM in Banner Elk, NC. He brought much to the world in his 5 decades plus on this earth – a generosity of spirit with a gift of telling stories and jokes that brought so much joy to many listeners in and around Banner Elk as well as to audiences at the National Storytelling Festival in Jonesborough, TN where thousands enjoyed him over the last several years. His talents echo his famous father, Ray Hicks and yet Ted had his own distinct style and way of being in the world. In lieu of flowers, the family is accepting donations to help with the funeral expenses. Checks can be made out to “the Ray and Rosa Hicks Fund” c/o Connie Regan-Blake, PO Box 2898, Asheville, NC 28805.

Ted’s brother, Lenard told me today that ‘Ted was jolly this last week, telling stories and jokes while his friend Richie played music at the nursing home.’ And that ‘Ted’s body had taken all the punishing pain and bad suffering that it could – and he was ready to go. Now he is a’resting.’

The funeral will be on Monday, January 20, with visitation at the Hampton Funeral Home in Boone, NC, at 1:00 pm followed by a service at 2:00 pm. Then Ted’s body will travel for the last time to Beech Mountain outside of Banner Elk and be buried in the family cemetary across from the homeplace, where Ray is buried. If the weather is good – there will be a celebration of Ted’s life following that. If you can come, bring stories, potluck food to share and instruments. And we can comfort the family and each other.