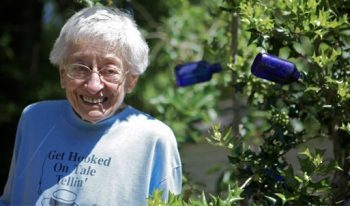 Some of the ways Kathryn will be remembered at the National Storytelling Festival include:

Storyteller Donald Davis will share his memories of Kathryn in two sessions of Kathryn and Me, a feature of the popular Storytelling Studio—conducted during the Festival weekend in the theater of the Mary B. Martin Hall.  A separate ticket is required.

Kathryn: The Story of a Teller, a one and a half-hour video visit with Kathryn in her Selma, Alabama home, will be shown each day throughout the Festival from 1 to 2:30 p.m. in ISC’s theater.  Admission is free. Seating begins at 12:45 p.m.